Northern Ballet’s Residence Choreographer Kenneth Tindall teamed up with the award-winning composer Alexandra Harwood and Christopher Oram. Tindall’s “Geisha” has its World Premiere with the Northern Ballet in March 2020 at the Leeds Grand Theatre.

Geisha is a high skilled women who knows how to dance, play music and entertain people. It’s based on a true story about one geisha in Japan. A geisha, named Okichi trained as geisha with another sister, Aiko ( they are not blood related ). They both met Americans to work for, but had opposite lives. Aiko had a romantic and nice life with Henry. However, Okichi and Harris didn’t get along well. Also she had a secret lover Samurai Takeda. She was depressed and decided to kill herself.

2. What is like to be in the process to create a brand new Ballet on your culture ?

It’s amazing to do a ballet about my culture. I’ve been watching a lot of TV shows, drama and books and always wanted to play some role in this period. Kenny, the choreographer did a lot of research and it’s really interesting to know how they see Japanese culture. And also I learn and understand my own culture deeper.

3. What’s your favourite scene in Geisha?

As I created the Geisha’s fan dance, I like this scene very much. It will look beautiful with costumes, fans and lights on stage. All of geishas have different patterns and colours on  our kimono and fans.I also play Okichi, and I personally like the second sad pas de deux with Takeda through the end of act 1. It’s a very dramatic and emotional scene.

4. Is this your first time performing a ballet wearing kimono as a costume?

No, I did Madam Butterfly with Northern Ballet and we wore a Kimono.

5. Have you ever had any education on traditional Japanese Culture Dance lesson when you were in Japan?

When I was in my local school in Japan, we had a few classes with a special teacher who was teaching us Japanese dance and how to wear Kimono. It was really fun.

6.  Tell me about your recent collaboration with Victoria and Albert Museum as a Geisha.

We started filming after the museum closed, there was nobody but us. It was very weird to dance in such a special place with many valuable arts. And also the filming process was interesting, the camera men had a lot of cool ideas and great skills, I felt like I was a very famous actress…They made a video for advertising both of us and V&A Museum, can’t wait to share it with you all!

The Making of Geisha with Alexandra Harwood https://www.youtube.com/watch?v=KzcOBWe_tzY 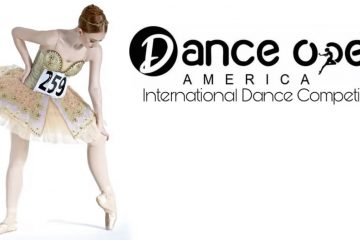 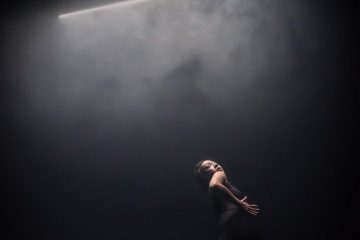