A review by Ai Sa Mok / produced by George Liang

It’s not everyday that you get the opportunity to watch a live streamed performance that takes place on the other side of the world, so this was definitely a first! The program New Choreographer Project by MeimageDance is organised by Taiwanese choreographer Hsiao-Mei HO, and this year celebrates its 10 year anniversary.  The idea behind this establishment was to give Taiwanese dancers working abroad a platform at home where they could return to and showcase what they had learnt and experienced overseas to the dance community in Taiwan.  A place where they can further their creative talents through a new dimension: choreography.  This year, the pandemic proved a difficulty in the process of creation.  However, despite the challenging times, the project boasts a versatile program.  It is important to note that all of these pieces are actually a deliberate work in progress. In fact, the dancers and choreographers only had three weeks to work with one another, which is really not a very long time.  The intention was to share with the audience a bit behind the fascinating process of how collaboration takes place, rather than just showing us the finished product which is what we usually see when we watch performances.  I think that this is a great idea, giving more insight into how much more work and effort is required behind the scenes in the creative process than meets the eye.

In the first piece we saw an interesting contrast between two dancers.  Despite they’re opposing dance background and body types, they came together to create using their individuality.  Chang-Ning Chou demonstrated such elegance with the most organic movement.  She moves with the utmost assurance, handling her umbrella with poise and no hesitation, unsurprising considering her 26 years of experience working with CloudGate Dance Theatre, whose main form of training is based on Tai Chi. As Hsiao-Mei HO mentioned during the performance, you can tell from Cho’s movement qualities that she is heavily influenced by CloudGate’s style, rather than a ‘dip in soy sauce’ where she may reveal hints of the dance technique in her dancing.  The piece showed the two dancers in separate lights, with virtually no visible correspondence between them.  However, this allowed us to see the distinction even clearer, using their unique means of movement to express the same message, ‘who is the real YOU’.  Yen-Ching Lin’s movements were erratic and almost robotic, yet without a doubt required immense control to execute. At times she maintained so still, in her shiny bodysuit all attention was drawn to her.  It was as if she was expressing a personal struggle, trapped in her own body represented by the suit she wore, looking almost deformed at times.  The initial suit that Lin was wearing and Chou’s umbrella acting as a means of protection for both individuals was a nice link amidst the oblivion between the two dancers. It was also fascinating to learn that for Lin, who has learnt different techniques in every performance space she has experienced, the greatest challenge is to assess the audience each time to know how much to give.  On the otherhand, despite Chou’s extensive career, she is still striving for more as it is never enough.

‘The Chamber’, by Chen-Wei Hsu and Tsai- Hsi Hung was perhaps an unlikely pairing, as both had gone to university together but in the decade since graduation had not really kept in touch. But what they have created was a truly heartwarming piece.  The dark lit room was like the depth of one’s thoughts, symbolising both dancers’ ‘safe places’: one’s room and one’s bathtub respectively.  Matched beautifully to Chopin’s beautiful score, the choreography showed off both dancers well, displaying such lightweight and fluid qualities throughout, almost resembling rippling water.  This was especially true during the pas de deux when the direct correlation really shone through, an illusion was created where Hung looked as though she was floating midair by Hsu’s excellent partnering. In addition, the surprise element of water in the bath tub brought a deeper sense of connection.  I know we can all relate to the sense of peace and freedom Hung feels in the bath, allowing her to be who she is- a humble young lady with strong roots to home, but who has adapted to the fast pace of New York City. Known by the local dance world as the ‘Taiwanese Mulan’, Hung’s precision and intention behind every movement is admirable.

The following piece was an accurate portrayal of the current pandemic and the crisis that we face.  Shih-Huai Liang, soloist with the renowned Universal Ballet in Korea was unable to return home for both the collaboration process and the live performance itself.  It’s astounding that the entire process with his partner was done online, watching Liang being transmitted in real-time to the audience was another reminder of the current crisis we face.  It was a strange sensation for myself included, watching the live event broadcasted online from France.  However, the circumstances allowed Liang to pre-record his part of the show, and even bringing it to another dimension using technology which was very cleverly put together. Together with Yu-Ju Lin, the pair mirrored the mundane and monotonous life of the ongoing global situation, hence ‘Documenting Life’, perfectly described by the phrase, ’If you need a bigger sun, just take the clouds away’. Despite Lin and Liang being highly skilled contemporary and classical dancers respectively, they chose a unique way of expressing themselves.  With the recurring theme being how slow time passes during these times, we saw Lin steadily eat her way through an apple whilst relaxing freely at the ocean, as opposed to Liang pacing back and forth waiting in helplessness confined to his flat in Korea, all accompanied by equally repetitive music.  An accurate representation of how well Taiwan handled the COVID-19 pandemic compared to other countries around the world, the nation has never once been in lockdown yet has its cases under control. Although the piece elapsed almost in slow motion, it was a genuine representation of the last few months.  Rather than showcasing themselves through technique and skill, Liang and Lin chose to express themselves using emotion and meaning with thought behind every movement; though the audience and I will be looking forward to seeing these two talented dancers show their full potential in the near future.

Perhaps the most enjoyable performance in my opinion, was PoLin and Pin-Wen Su.  PoLin and Su’s partnership was like a question and answer dialogue, presenting all the different elements of a mother’s affection, which is what the piece was inspired by.  Su’s actions were direct and easy to comprehend, while PoLin, having danced with renowned companies such as Company Wayne McGregor, definitely leaves the audience in awe with a natural ease and confidence that is equally beautiful to watch.  Even in the moments with no music, both dancers were so expansive in their movements it filled the proscenium arch theatre.  It was interesting that PoLin had to control his energy levels depending on the type of stage and audience he was performing for, which corresponds to what Yen-Chen Ling also described.  Presenting PoLin through another light was his singing, which was one of the highlights of the evening.  With his distinguished and powerful voice, I’m certain he touched every audience member, I certainly was incredible moved.

As a platform, we are extremely excited and proud to be supporting this online broadcasted viewing. Thank you to MeimageDance for the invitation to be part of this event and making this possible.  It’s certainly not an easy achievement trying to put together a performance such as this one during times like this, however it has given a unique opportunity for everyone, dancers and non dancers alike, to unite as one and stand together during the current circumstances.  As illustrated on the this year’s 2020 New Choreographer Project’s poster, the linked red hands symbolise integration.  We are all equals, with blood and DNA alike. No matter where life takes you, you will always have a place at home, because after all, there is no place like home. 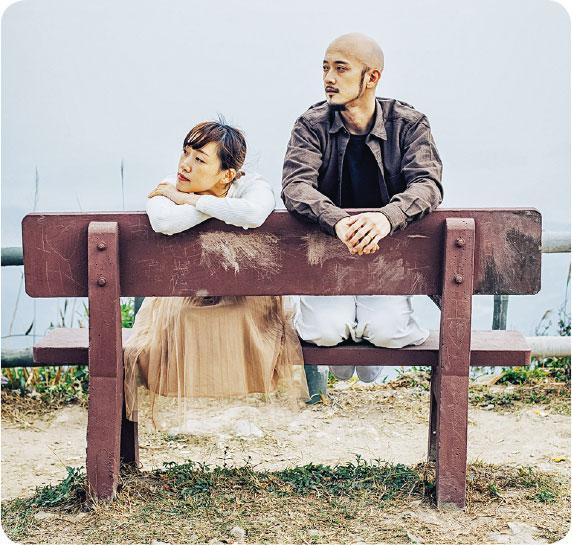